Home > Fishing > What Is Inshore Fishing? 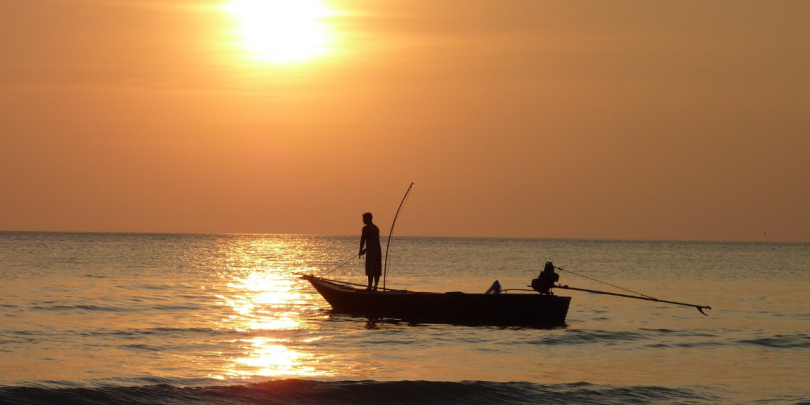 As opposed to “offshore” or “blue water” fishing, inshore fishing is done closer to the shore in shallower water. Some of the more common species of fish sought after while inshore fishing include snook, flounder, redfish, tarpon, bonefish, and black drum. In general, the gear, expenses, and time requirements are significantly less with inshore fishing than they are in offshore fishing.

While some anglers feel it’s not as exciting as offshore fishing, there are plenty of fisherman that actually prefer inshore fishing over offshore.

Because of their fight and their unique look, Snook is a common fish that anglers go after when inshore fishing.

What Types of Fish Can I Catch While Inshore Fishing?

With offshore fishing, most guys are going after trophies–giant tuna and red snapper, marlins, sharks, sail fish, rooster fish, etc. Real, proper gamefish that give big fights and test the physical limits of the angler. While it is less likely to get a big fish like this, once they are hooked, they fight to the bitter end. They also look awesome if you’re going to keep them and have them mounted.

While inshore fish are usually much smaller and don’t require the same strength or skill to pull in, the action can often be more consistent.

As mentioned above, some of the most common inshore fish are flounder and redfish. They are excellent eaters and can be caught plentifully in lots of areas.

What Kind of Boat Do I Need for Inshore Fishing?

To be honest, you don’t need an expensive rig to get in the inshore fishing game. In America and most “Western” countries, we live in a bit of a commercial echo chamber. There is this notion that we “need” to have a certain kind of boat if we want to be a successful angler.

But the reality is that people all over the world are pulling in all kinds of fish using plastic bottles and reused fish hooks.

When I lived on the Tuna Coast in Panama, everybody fished in “pangas.” These are outboard-engined, 16-20 foot boats with a couple of boards for benches and not much else. Guys would take these out into the blue water and come back with enormous tuna and snapper. 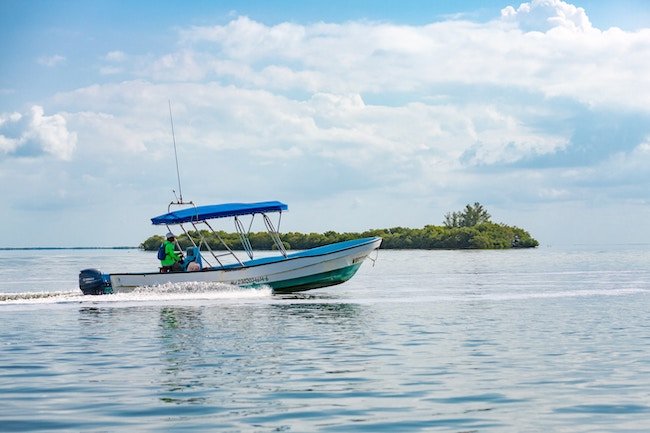 People all over the world use these “pangas” or “lanchas” to pull in all kinds of fish. They often launch them straight from the beach.

You certainly don’t need much (if anything) more to have fun and be safe fishing inshore. After all, you will be in calmer, closer, shallower water. In fact, a bigger boat would actually put you at a disadvantage. When you are fishing inshore, you want a boat that is small, nimble, and has a shallow draft.

Aside from a sturdy motor and seaworthy hull, you really don’t need much in an inshore fishing boat. You don’t need a cabin, a bathroom, or even a fridge (although a good cooler is a must!).

If there were 1 nicety to try to score in your inshore fishing rig, make it a canopy. Fishing long hours in hot sun can scorch your poor skin, and prolonged exposure can be the cause of skin cancer. In addition to this however, being in the sun can dehydrate you, make you feel sick, and otherwise just zap your energy. A canopy will keep things infinitely more enjoyable!

Plenty of guys actually catch a ton of stuff out of kayaks (honestly this is the best place to start). A kayak is inexpensive, can be easily transported and launched, and doesn’t have a lot of moving parts to break or need maintenance.

Pros and Cons – Inshore vs. Off Shore (Blue Water or Deep Water)

To put it simply, off shore fishing is about paying a bigger price to catch once in a lifetime fish. By contrast, inshore fishing is scrappier, more consistent, more easily accessible, and to some guys, more fun.

Offshore fishing is a bigger production–it’s a longer day, on a bigger, more robust boat, further from the shore, in rougher, deeper water, to hopefully score a bigger, more exciting fish. It’s more physically exerting and more expensive, although potentially much more exciting.