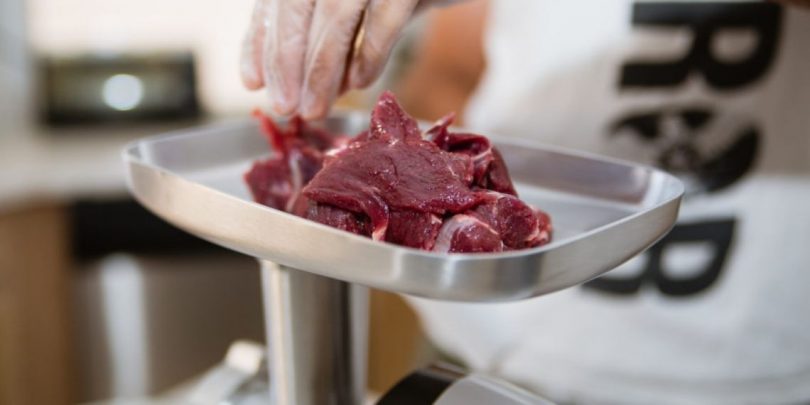 Many people ask the question, “What does bear meat taste like?” Well, as with any question like this, you’ll get wide range of answers. Most commonly, people compare bear meat to beef, venison, and other game meats.

One of the things that’s really interesting and specific to bear meat is that the flavor can change significantly throughout the season.

Because bears hibernate, they have virtually no fat on them in the spring. What little food they are eating in the early season is largely plant-based. This obviously lends itself to much leaner, milder meat. In the fall however, bears have built up a solid layer of fat for their upcoming hibernation, so the meat is also fattier, both with layers, and marbling throughout.

The taste of a fall bear is also different. If they have been dining on blueberries, their meat is delightfully tasty (Meateater hunter Steve Rinella has even said he can detect blueberry notes in the flavor of the meat). However, if the bears have been scavenging dead carcasses and eating fish, the scent and flavor is pungent.

Bear meat is dark. Seriously dark. Like, almost a purpleish-black. This is not unlike caribou, moose, and other wild game you may eat. It has a coarser consistency however, which might be comparable to pork.

In general, people that try bear meat with an open mind, seems to come away with a “much better than I was expecting” reaction. 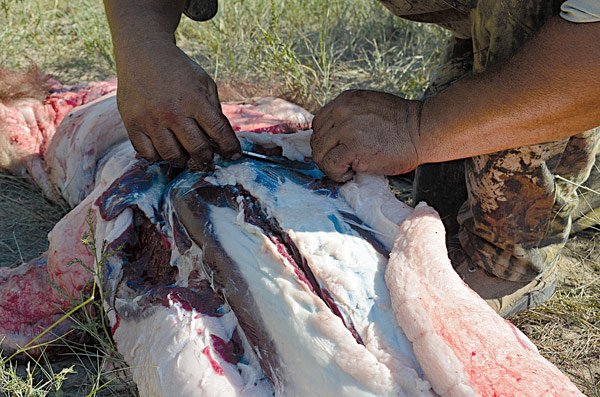 The fat content and flavor of bear meat can vary widely, depending on the season.

As with any meat, one of the biggest variables is how it’s prepared in the kitchen. Bear meat is probably subject to more variability, because there are legitimate health concerns associated with undercooking it.

Of course! When you hear people ask this, what they probably mean is, “Is it safe to eat?” This is a fair concern. Many people heard about the disease and safety issues involved with eating bear meat.

It’s true, bears do carry a host of different diseases, particularly Trichinosis. However, you can avoid this by thoroughly cooking the meat to kill any diseases before you eat it, the same way you can avoid Trichinosis in pork. Health guidelines recommend that the internal temperature of bear meat be cooked to 160 degrees F. And no, bear meat is definitely not “poisonous.”

What is The Best Way to Prepare Bear Meat?

If you do a handful of Google searches, you will find lots of different people with recipes for cooking bear into steaks, roasts, stews, jerky, ribs, sausages, bacon, and even tacos.

The guiding light for cooking bear meat is usually “slower and lower”, to avoid turning it into shoe leather, while still cooking it hot enough to kill any parasites or worms.

One of the frontrunners in the bear cuisine circle is to throw it in the slow cooker and make bear pot roast out of it, with vegetables and seasonings. This finishes it tender “piecey”, with a firmness that resembles other pot roast, or perhaps pulled pork.

If you’re up for it, check out this bear-specific recipe guide, put out by the New Jersey division of Fish and Wildlife. 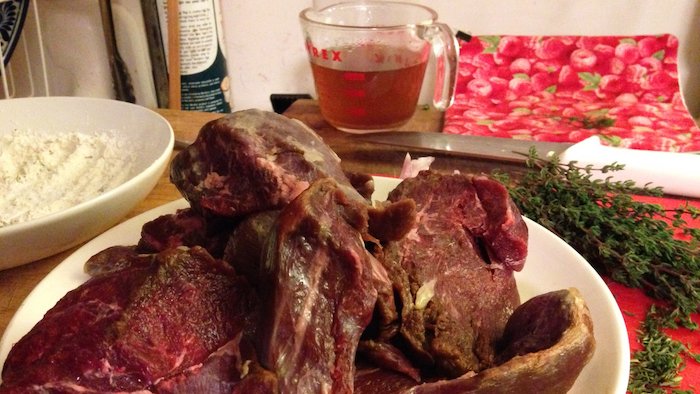 One of the biggest “make or break” variables in the overall equation is how bear meat is prepared.

Some People May be Wondering–Is It Even Legal to Hunt and Kill Bear?

Short answer “yes.” Caveats: not ALL types of bears or ALL states.

While there are different types of bears with different restrictions in certain areas, there are many places where it is completely legal (and popular to hunt bear). The first thing to remember is that there are actually 8 different species of bears.

The bears that most people will be hunting for and eating are the North American Black Bear. And Black Bear hunting IS currently legal in several states (though not all).

Grizzly/Brown bears and Polar bears are largely protected as endangered animals. Their management and hunting status remain a hotly disputed point of contention.

Yes. For starters, wild game in general has less saturated fat and calories than domestic-raised meat. Wild game meat also comes with the advantage of not having foraged on plant life that has not been chemically treated with pesticides or fertilizers.

Specifically with bear however, the Alaska Department of Fish and Game has published nutritional information showing that it contains higher protein percentage, less than half the fat, and fewer calories per 100 grams than lean ground beef (although not as favorable in some regards as other wild game, or USDA Select beef).

For complete details, see the chart below: