Home > Camping > What Is The Best Mora Knife? 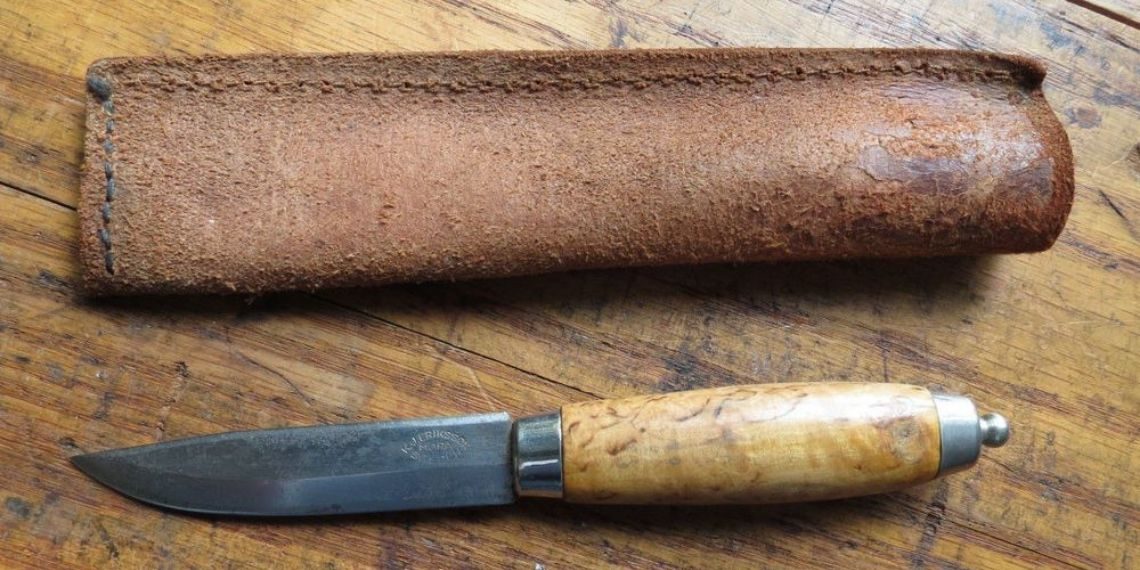 Because of its simplicity, durability, and modest price point, the Mora knife has developed a pretty real cult following. Plus to be honest, I think a lot of Americans hope that carrying a Mora will cause some Scandinavian cool factor to rub off on them.

I happen to personally drink the Kool-aid, and have loved Mora knives for quite some time.

Here’s the thing–the Mora actually isn’t just a single knife, but a small family of knives (known in Swedish as “Morakniv”). While all of the designs are virtually the same, and the differences are very nuanced, they are there, and the most hardcore Mora lovers appreciate them.

In fact, while we’re taking about hardcores, there are actually thousands of different Moras and Mora-styled knives out there, including a ton of cool vintage knives with wooden handles.

As far as the core lineup goes however, there are really just a handful of main Mora knife options on the market today.

This is the best selling Mora knife of the family. As most knife dudes can tell you, the stainless blade is a “double-edged sword” (pun kinda intended). While it’s generally easier to sharpen than the carbon, it’s also easier to dull. The stainless blade also makes it resistant to rust, corrosion, and…. evil spirits? This guy is the standard, straight up Mora. Just under $20. Buy it, beat it up, and love it. If you happen not to love it (rare), pass it on to somebody else.

As alluded to above, carbon steel is a harder, more brittle metal, that is more difficult to put a good edge on, but also takes longer to dull. It typically runs a few bucks cheaper than its stainless counterpart. One thing with carbon steel is that it can rust, so often people will lightly oil their knives and tools made of carbon. Still, for the price and the edge that it will hold, it’s hard to beat it. 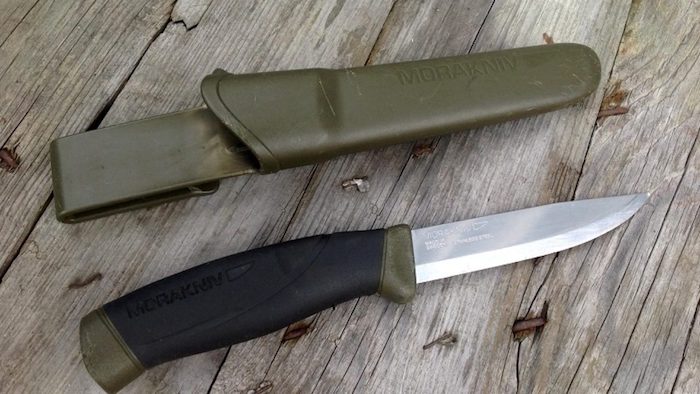 All Mora knives come standard with a no-frills, tough plastic belt sheath, with the perfect balance of retention and accessibility.

This is the slightly thicker, heavier “big brother” to the other Companion knives. As the name would suggest, this Mora can be abused and pounded on, and keep on ticking. Exactly how much thicker? Coming in at 3.2 mm, it’s a full 1.2 mm thicker than the Companion Carbon (see the chart above). So, in the world of knives, that’s quite a bit.  It is a high carbon blade, so again, more difficult to sharpen, more difficult to lose edge.

Most folks just know this knife as “the orange one”, but there are a couple of other differences as well. First of all, the blade is serrated. Secondly, this is the only Mora with a blunt tip, which makes sense when you think about potential rescue scenarios that might involve cutting clothing or a seat belt off of someone.

This knife is virtually the EXACT same knife as the “Rescue”, with 1 small exception–it has a regular, pointy tip on it, which makes it 2/10 of an inch longer. Other than that, the same. Serrated edge, orange handle, stainless steel blade. Even Steven. 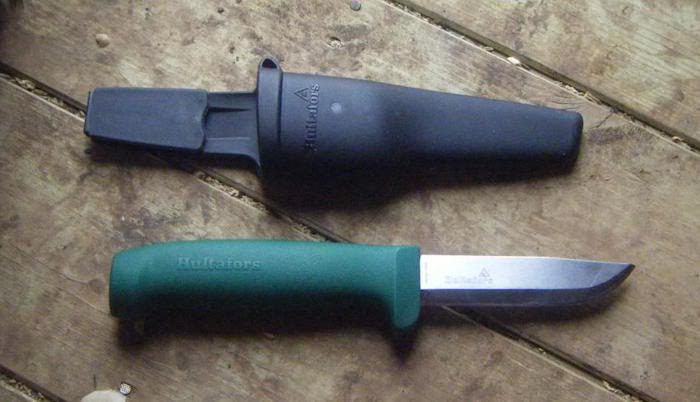 Although it doesn’t get quite the same fanfare as Moras, the Hultafors Heavy Duty knife is another low-cost, high-enduring brute of a knife that I’ve been abusing since 2013.

In my opinion, one of the unsung heros of the Mora family actually isn’t a Mora at all, but made by a company called Hultafors. It is the Hultafors Heavy Duty Knife, and it is a beast. I mention it here, simply because it is every bit as good (if not better) than the Mora version.

It comes in more than an ounce lighter than its Mora heavy duty counterpart (3.5 for the Hultafors and 4.8 for the Mora), a third of an inch shorter, and is made of a great steel. I first bought this knife for prob $15 in 2013, and have been abusing it ever since. I literally batoned it through a log one time in Bryce Canyon, UT, by pounding it with a rock.

Why the Mora is Perfect on the Trail or A Campout

So, what makes a Mora such a great camping or bushcraft knife?

Well, specifically, the Mora is a champ at:

But above and beyond everything else, the Mora is 100% a tool.

In an age where so many EDC knife enthusiasts talk about knives like expensive fine art, it’s refreshing to find a knife that you can beat up and don’t have to worry about. It’s like a really sturdy truck that already has enough scratches and paint fading that you’re not worried about driving it through creeks or brush.

All of these knives are inexpensive (all right around $20), and made to work. People use them in the garden, in repairs, and most definitely in the outdoors.

What Is the Best Mora Knife for Backpacking?

The best Mora for backpacking would be the Companion Stainless. Although it runs 2/10 of an ounce heavier than the carbon version, it’s stainless blade makes it lest prone to rust and more durable against weather, food prep, and getting wet.

Still not sure if Mora is the best knife for what you’re after? Check out a couple of our other knife recommendations here.